Swipe down from the top of any Supernote screen

This will pull down the command menu. You can also reach the control menu by swiping down on the Supernote’s physical control line, which is the groove locate on the right side of the screen.

Click on the gear icon to open the system controls

This is the central hub for all of your Supernote’s main features and system preferences.

This is where you can link your Supernote to either Dropbox or the Supernote Cloud. Ratta claims that future updates will add more cloud storage options to the device.

Choosing Dropbox will open the Dropbox connection screen. This is a randomly generated QR code which you can scan from your mobile device to continue the process.

Using a tool like Google Lens, scan the random QR code provided on your Supernote.

You can also use the link provided underneath the QR code should you wish to navigate to the connection screen manually, perhaps via a computer.

If you are not currently signed into Dropbox on your account, after scanning the QR code you will be sent to a Dropbox login page. Log in using your credentials for Dropbox.

After logging in to Dropbox on your mobile device, return to your Supernote and tap “Confirm” to complete the process. The screen will refresh and your device will now be synced to Dropbox! 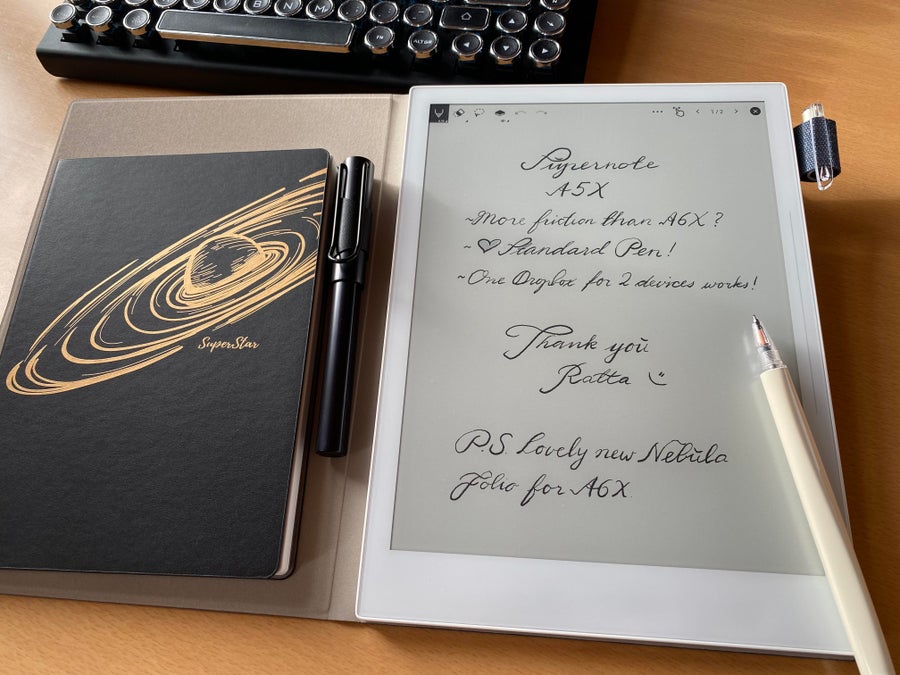 The Supernote is the best e-ink device around, this guide explains why.

In the 1970s, Nick Sheridon made a breakthrough while working at Xerox’s Palo Alto laboratory.