Your Z-axis limiter switch is located on the bottom-left of your Ender 3, Ender 3 V2, and Ender 3 Pro printer.

Determine whether you need to adjust it up or down

Most of you will need to adjust your Z-axis limiter switch up a touch. You'll find that you've been struggling to get the print bed far enough away from the extruder during leveling—meaning the extruder is sitting too low by default.

Run an auto-home sequence and try to level your bed.

The bed should now be somewhat in the middle of the spring's height when leveling, and the extruder shouldn't be too far away or too near the print bed.

If you need to adjust it further, simply return to step 3—and adjust again. 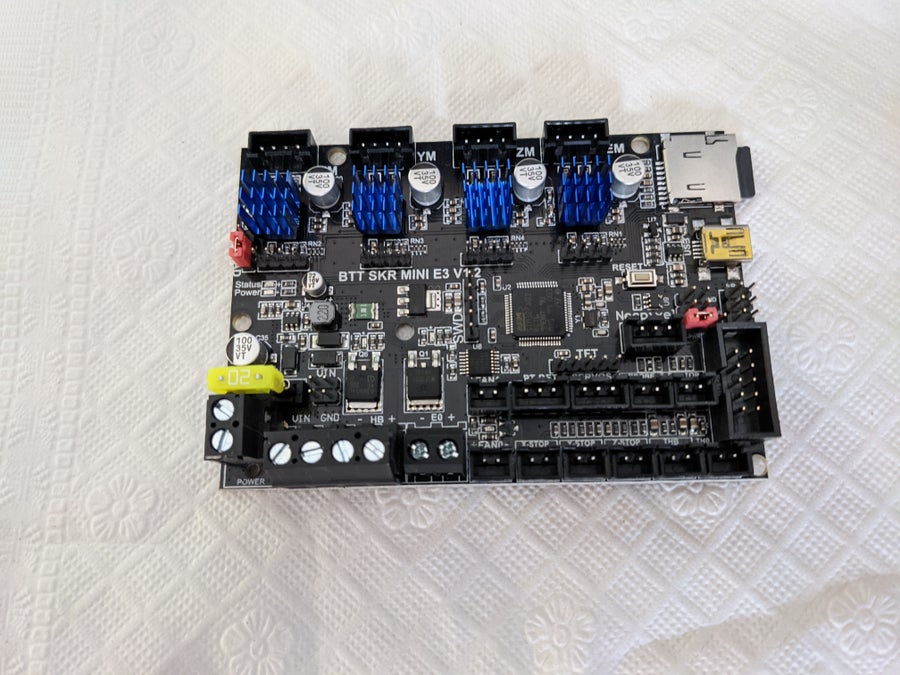 In this guide, I will remove the stock Ender-3 motherboard and install a BIGTREETECH SKR mini-E3. The process is the same for both the 1.2 and 2.0 versions of the motherboard.