For a first-time Fitbit user

If you haven't set up a Fitbit previously on your iPhone, then follow the steps below to sync your new Fitbit to your iPhone.

Make sure to grant the Fitbit Bluetooth and Location permissions when prompted to do so. You can always do this later by going to Settings, scrolling down to Fitbit, and allowing it access.

Your new Fitbit is now paired with your iPhone and will sync periodically to reflect your activity.

You can now skip to step 3 to see how to further sync your iPhone with your Fitbit account.

Syncing a new Fitbit device to your iPhone

The syncing process will take some time and may remove any older device you have associated with your profile (depending on the model). Once completely synced, you should see the new device listed on your profile page.

If you're giving your old Fitbit device to a new user, then you want to reset the Fitbit's settings.

Turn your iPhone into a Fitbit

Let's say your Fitbit is charging, but you still want to log your steps (and other non-biometric data). You can turn on "MobileTrack" in your iPhone's Fitbit app to make this happen.

And you have a backup step counter should your Fitbit be charging or not with you! 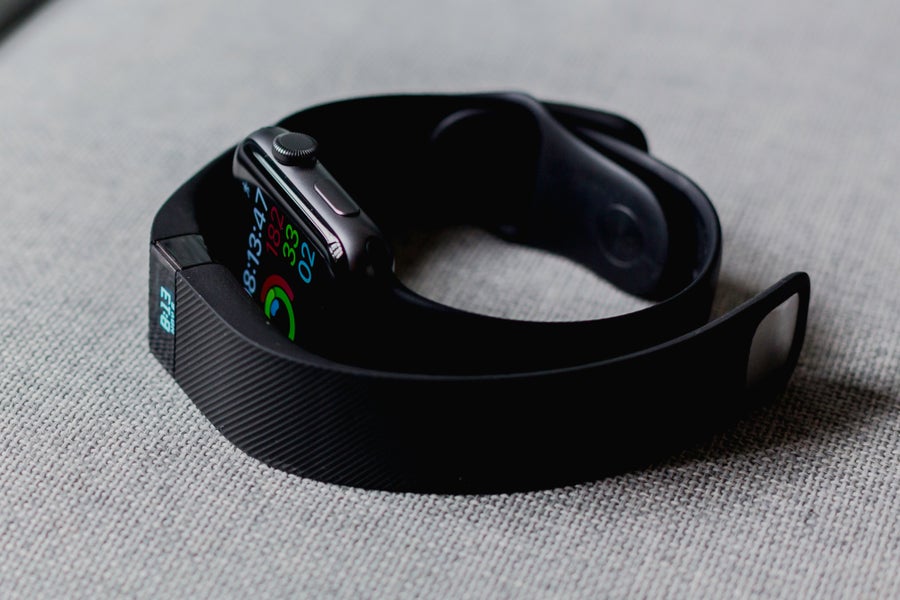 Frustrated trying to find a place to change the time on the Fitbit? Let us help!