Madden NFL is the biggest football-themed video game franchise in history. They release new titles each year and always include actual, real-life players as playable in-game characters. The franchise has earned up to $5.2 billion as of writing. The latest title released is Madden NFL 21.

PUBG is the most popular battle royale franchise around. It was first released in 2017 by Bluehole, a South Korean video game development company. Since its release, the franchise has grossed over $5.9 billion in revenue. There's even a free PUBG Mobile game available for download.

It's not quite FIFA, but it is Pro Evolution Soccer! As the name suggests, this is a soccer simulation game franchise. Since 1995, the team has earned more than $6 billion—reaching several platforms, including consoles, mobile devices, and PC. The latest game from this franchise is eFootball PES 21.

Westward Journey is an MMORPG developed and maintained by NetEase. It was first released in 2001. Since then, it's earned a total of $6.5 billion. The game is recognized as one of the most popular titles of all time in China.

We wouldn't have our list topped with the Mario franchise if it wasn't for our favorite monkey Donkey Kong. The Donkey Kong franchise has earned over $6.8 since its release in 1981. The most recent Donkey Kong title is a re-release of Donkey Kong Country: Tropical Freeze.

Mobile games might be pocket-sized, but their bottom line can pack a punch. The Clash of Clans mobile game has brought in $7 billion since its release in 2012. If you're a fan of medieval fantasy-themed games with the portability of a mobile platform, you may want to check out Clash of Clans.

This game has had a few name changes over the years but is currently most recognized as Honor of Kings. It's one of the biggest online battle arena games around. For a game that only released in 2016, it's impressive to note it's earned up to $7.5 billion in revenue.

Gotta go fast? Our favorite hedgehog feels you. The Sonic franchise was developed when Sega realized they needed a mascot of their own, ala Mario. The two have even appeared in titles together, most notably the Olympic Games franchise. The Sonic franchise has earned up to $7.6 billion since its creation.

Puzzle games can be hit or miss, and boy did Candy Crush hit. This sweet-flavored mobile game fits right in your pocket, ready for you to get your next fix in the form of a candy-themed dopamine burst. It was released in 2012 but is still going strong, having earned up to $7.7 billion.

Puzzle & Dragons offers players everything the name suggests. This dragon-themed puzzle game is one of the biggest mobile hits around. The franchise has grossed up to $7.7 billion since it was released in 2012. The most recent update is available right now on the Google Play Store.

Monster Strike is a huge mobile game that first released in 2013. They proved the potential of mobile games by amassing up to $8.1 billion since its release. As of 2021, the English servers have been shut down. However, international support is still available.

Sometimes you gotta live out your bad side—and what better way to simulate the life of crime than to fire up any copy of Grand Theft Auto. The most recent title in this classic line is GTA V which features online multiplayer support. The GTA franchise has earned up to $9.9 billion since it was first introduced.

Free to play does not mean free from earning! League of Legends is one of the most popular free-to-play titles around, but that can't stop you from blowing half your paycheck on cool skins for your favorite champion. This franchise has grossed up to $10 billion since it first launched. Instead of new games, the devs release "seasons" periodically with new content.

The Lineage franchise has proven that a free-to-play game can still earn you a spot on the list of highest-grossing video game franchises. This series has earned up to $10.3 billion since it was first released. It's known for its expansive universe and long-lasting community.

This JRPG is one of the most recognized video game franchises around. It's not hard to find Final Fantasy merch in 2021. There's also little to indicate the team is slowing down with Final Fantasy XVI announced as the latest title in the franchise. So far, the franchise is worth $10.3 billion.

Warcraft hit the gaming subculture hard with World of Warcraft's release, but the franchise actually began ten years earlier in 1994. In 2021, the fans are still some of the most dedicated around—whether it's looking for a group in WoW or designing a custom map in Warcraft 3, there's plenty of activity to be had in this online fantasy franchise. So far, it's earned at least $11.2 billion. The latest release in the Warcraft franchise is World of Warcraft Shadowlands.

We can't ignore this soccer giant video game legend of a franchise: FIFA. If you love sports games and haven't checked out FIFA yet, now is as good of a time as any. The most recent title in the FIFA line is FIFA 2021. As of today, the franchise has grossed at least $11.5 billion.

This tactile FPS game is just for PC users and is published by Z8 Games. It first debuted in South Korea back in 2007. Today, you can still hop online for a few rounds of CrossFire. The franchise has earned a total of $12 billion in the last 13 years.

For every kid told not to start fights but finish them, this classic fighting game series has been there to fit the bill. This franchise has released titles over decades for numerous platforms ranging from arcade cabinets to consoles. The most recently released title in the Street Fighter franchise is Street Fighter V Champion.

The Dragon Quest series might give some of our readers a sense of déjà vu—you're not seeing double. This franchise was illustrated by the same artist behind the Dragon Ball series, Akira Toriyama. The Dragon Quest franchise is one of the largest around, earning at least $12.9 billion as of 2020.

It seems as though Space Invaders are here to stay with a franchise that has lasted into the 2020s. Who are we to judge? Alien infiltration must take time when you're limited to pixels in a 2D plane. What started as a simple arcade cabinet has slowly grown into a $13.4 billion franchise.

This also made our list as Best Game of the Year for the year of its release.

If you played any games on the Nintendo Wii, you would likely have come across one of the many titles from the Wii Series franchise line. This included things like Wii Sports and the classic at-home gym, Wii Fit. Today, this franchise has grossed $14.8 billion.

Dungeon Fighter Online, or DFO for short, is an online multiplayer action RPG. Expect a fantasy world setting with magic and more in a cool anime art style. This PC title has been around since 2005. In 2021, it's still going strong. The franchise is currently worth more than $15 billion.

You'd think after all these years, Pac-Man would have enough fruit for a fruit salad, but the Pac-Man franchise is still going strong. The latest title released under the Pac-Man umbrella is Pac-Man Geo—a mobile app that uses your real-life location as a key element of the gameplay. As of 2020, the Pac-Man franchise has earned more than $15.1 billion.

This FPS classic has raked in over $20 billion since it first released. It's one of the most well-known shooter franchises of all time and has continued to grow over the years. The most recent Call of Duty title to drop is Call of Duty: Black Ops Cold War, released in November of 2020.

Eternal Dragon, by your name, I summon forth a $27 billion franchise! That's right; the Dragon Ball franchise is one of the biggest out there, with $6.2 billion coming in from games. This franchise started as a one-off manga by Akira Toriyama for the Shonen Jump magazine. It quickly flourished into a full-length series--complete with an anime and several video games. The most recent title released is Dragon Ball Z: Kakarot.

Jumping into third place is the world's favorite plumber—Mario. The Super Mario franchise is worth over $38 billion. It's well known for Mario, the main character and mascot of parent company Nintendo. The most recent Mario title released is Super Mario Odyssey for the Nintendo Switch.

The force is seriously strong with this franchise. Star Wars is best known as a series of space-based adventure movies, first released in the late '70s. However, this sci-fi classic also comes with a plethora of video game content. Starting with arcade cabinets, Star Wars games have evolved over numerous consoles, platforms, and systems touching on a huge range of genres throughout the years. There are Star Wars RPGs, MMOs, racing games, and more.

The Star Wars franchise has amassed over $70 billion in revenue, with $6 billion of that coming from games. The most recent Star Wars video game released is Star Wars Squadrons.

When the Pokemon team pushed the slogan "Gotta catch 'em all," little did we know they meant revenue. This franchise began with the release of Pokemon Red, Blue, and Green for the Game Boy in 1996. The team has brought in over $100 billion, with $19 billion of that coming from games alone. The most recent releases from the Pokemon franchise are Pokemon Sword and Shield. 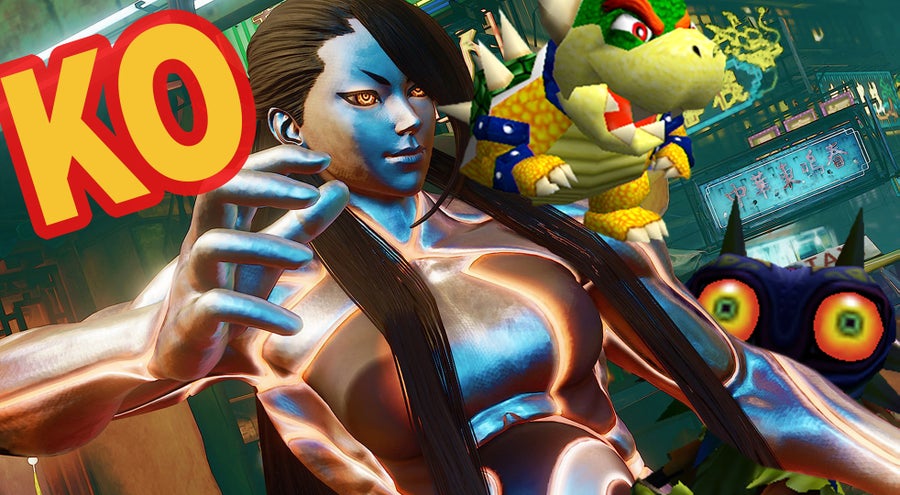 Not all video game bosses are created equal. Some hardly earn the title, while others can push players to the brink of physical exhaustion. Think video games can't hurt you in real life? Think again.