Oceanhorn 2: Knights of the Lost Realm

Okay, RPG fans, this one is for you. Oceanhorn 2 is an immersive, mobile RPG and adventure game with interesting cut-scenes, a well-written backstory, and fun quests. I knew I would like Oceanhorn 2: Knights of the Lost Realm, because I tend to love RPGs, especially when they fit in my pocket and I can pull them out and play whenever I want. Most mobile RPGs are underestimated, but this one received a lot of love from mobile gamers, and for good reason.

Players, in the role of a knight, explore the world of Gaia, fight bad guys and monsters, go head to head with a warlock and dark army, and solve puzzles. There are a lot of small side quests that add to the gameplay, bad guys scattered throughout the land of Gaia, and extremely easy controls. Oceanhorn 2 is by far one of the best RPGs in Apple Arcade that I've played this far.

I've never watched the popular Simon, the animated series that all the Simon games are based on, so I didn't pick up this game for a while, thinking I would be missing some necessary context that would allow me to fully enjoy the game. I found that, though there are probably some Simon inside jokes I'm missing, not watching the show didn't stop me from enjoying the game. As a proud cat-mom, I appreciate cat-centric storytelling, art, and puzzle making.

Simon's Cat is a wholesome, story-propelled level-based puzzle game where Simon, Cat, and Kitten (cat's loyal sidekick) start by attempting to revamp their garden after a long winter. Each addition to the garden costs stars, which are earned by playing levels and solving puzzles. Just as Simon is almost done with his personal garden, he finds out a big building project is happening right behind them at the old park. So, they take on the job of fixing it up with all the local neighbors, and players beat levels to earn stars. As players make changes, they get to customize it to their taste, and it's tons of fun to watch Cat clumsily destroy things along the way.

My only complaint about Simon's Cat- Story Time would be that sometimes the places that bombs or other boosters tend to appear in the puzzles are completely unhelpful to the puzzle given.

Crossy Road Castle is an endless 2D co-op platform arcade game with castle after castle after castle. Each castle is full of unique, complicated runs for Crossy Chicken and her friends to explore and survive. The goal is to get as high up as possible in each castle with the three hearts, or lives, players are given while collecting all of the coins spread throughout each run. Each castle, after the first of course, has requirements to unlock them and enjoy the runs it has to offer. It's addictive, tons of fun, and definitely staying on my home screen.

The only downside to Crossy Road Castle would be the access to characters. Though the game has tons of "secret characters" to collect, I do think more playable characters should be available earlier in the game.

I tried my hardest to only include one cat-centric game in this list, but this game simply had to be included in the top 5 best games on Apple Arcade, but Cat Quest II is hands down the best RPG on Apple Arcade. I started playing Cat Quest II with the intention of enjoying some cat cuteness, but I wasn't expecting the gameplay to be as fun and in-depth as it is. The bosses are the real deal, the story is adorable, and there is a lot of punny dialogue that never gets old.

Cat Quest II is a 2D open-world action RPG where players get to play, or alternate between, two kings (one dog, one cat), in a fantasy world where they are both kings who've been overthrown by war and bad guys. The two kings ban together to go on quests and gain control of their land again, explore their kingdoms, help their people, explore dungeons, and beat the bad guys. Cat Quest II has a well-written story, loveable characters, and everything else an open-world RPG should have, mobile or not.

The controls and gameplay felt a bit awkward to me when I first started playing, but that was easily fixed after running my first dungeon and fighting my first boss. It can be easy to run into spikes as you get used to the controls.

Sneaky Sasquatch is a 2D adventure game where players get to live the life of an outcasted sasquatch who lives on the outskirts of a park and campground next to his bear and raccoon friends. The main goal of the game is to steal food from coolers, picnic baskets, campers, and even straight off the grill while avoiding the rangers who are out to kick you off the premises. Though the Sneaky Sasquatch is a hungry bigfoot, the food he steals from campers is also the way he makes money and feeds his bear friend.

If you told me a few months ago that my favorite game on Apple Arcade would be a game about a hungry, sleepy, food-thieving sasquatch, I wouldn't have believed you. As someone who tends to play RPGs, runners, and puzzle games on mobile, I didn't expect to fall head over heels for this fridge-raiding bigfoot. Sneaky Sasquatch might not my typical go-to, but I finally understand the enthusiasm behind it and I'm obsessed. This game is incredibly addictive, silly, and great for people of all age groups.

Some of the adventures could be a little more in-depth. For example, there's a cave that players can explore, where the sasquatch digs up treasure and collects some Halloween candy. As someone who loves to play Diablo and Elder Scrolls, I am a big fan of these spooky, underground adventures. For me, more of these types of adventures sprinkled throughout the game, and in a more in-depth way, would've made it that much more fun. 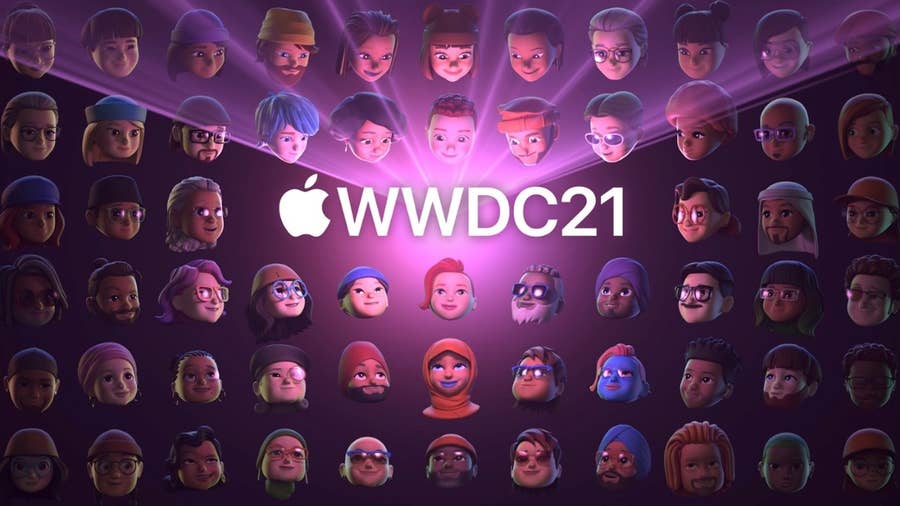 Starting with a silly and inventive opening that even showed Tim Cook (an almost convincing actor of course) getting out of a Delorean, the Apple Keynote at the WWDC21 (Worldwide Developers Conference 2021), the 32nd annual computer conference, was nothing short of exciting. Because Apple's new product releases tend to be announced during the Fall WWDCs, this Apple keynote did not announce any exciting new products or gadgets to be bought; instead the June 2021 Apple keynote focused on the new iOS, iPadOS, watchOS, and macOS, as well as the new features, apps, and app changes that correspond to these updates. While there are no fun, new Apple products to announce, I am excited to say, it didn't make this Apple keynote any less awesome for Apple users. There are plenty of new features to be released that will have you all pumped about your Apple products and their new capabilities. I have been watching the Apple Keynotes, eagerly awaiting their new product launches, and working with Apple products for years. Some of the new features announced at the WWDC21, are this Apple enthusiast's most anticipated Apple features of all time. So, to put it simply, Apple's keynote at the WWDC21 has my stamp of approval, even if a few of these updated features are long overdue. Let's get into it! Note: Not every new Apple feature is listed in this article. The purpose of this article is to give you an easy-to-read version of an otherwise long event, since I know not everyone has two hours on a Monday to watch the Apple Keynote. Once you've finished checking out the WWDC21 Apple Keynote, check out the highlights from E3 2021