When people talk about emulating retro games, the term "game" and "ROM" are often used interchangeably.

Because your GPi runs either RetroPie or RecalBox under the hood, what you're really looking for are ROMs to load into the emulators for that specific system.

What is a game ROM?

A game ROM is a single file that contains an entire set of game contents from the original game. The original console's cartridge contained a ROM, or "read-only memory", chip that stored the game in its entirety. When people talk about emulating retro games, the term "game" and "ROM" are often used interchangeably.

Game ROM files are generally universal for either system and are available in several types: copyrighted, abandonware, public domain, and homebrew.

Where to get ROMs

If you're looking for something like Super Mario Bros 3 or Super Mario Kart, that would fall under the "copyrighted" category. While you can find ROMs on any torrent site, you shouldn't download any copyrighted titles as this may be illegal.

In addition to torrents, you can find public domain ROMs on the MAME website and homebrew ROMs from PDRoms. Check out our complete guide to RetroPie ROMs to learn how to find and download all types of game ROMs!

Add ROMs to the GPi

Once you've found and downloaded a ROM or ROM pack, each file will be either in a .zip archive or a file with a system-specific extension such as .nes. For example, you might have Polybius.zip -- in this case, unzip it to reveal Polybius.nes. This is obviously an NES game.

First, unzip each file to reveal the system ROM file.

Method 1: Transfer ROMs over your network

This method only works if you're using the Raspberry Pi Zero W, which is Wi-Fi and Internet-enabled.

By default, the GPi will appear as a network share device/drive in both MacOS and Windows. You'll need to be on the same network as your Pi for network sharing to work.

On Mac, open Finder and navigate to Locations > Network > retropie > roms. Paste each ROM into its corresponding system folder.

On Windows, open Explorer and enter \\RETROPIE into the address bar. Then, open the roms folder. Paste each ROM into its corresponding system folder.

If your Pi Zero doesn't have WiFi, you can still transfer ROMs over USB. To do this, you'll need some kind of micro USB adapter to connect it to the corresponding port behind the GPi's battery door. Bonus: This is actually the fastest method.

After your ROMs have successfully finished transferring, reboot your Pi, select a system, and you'll see your full list of GPi games to choose from! 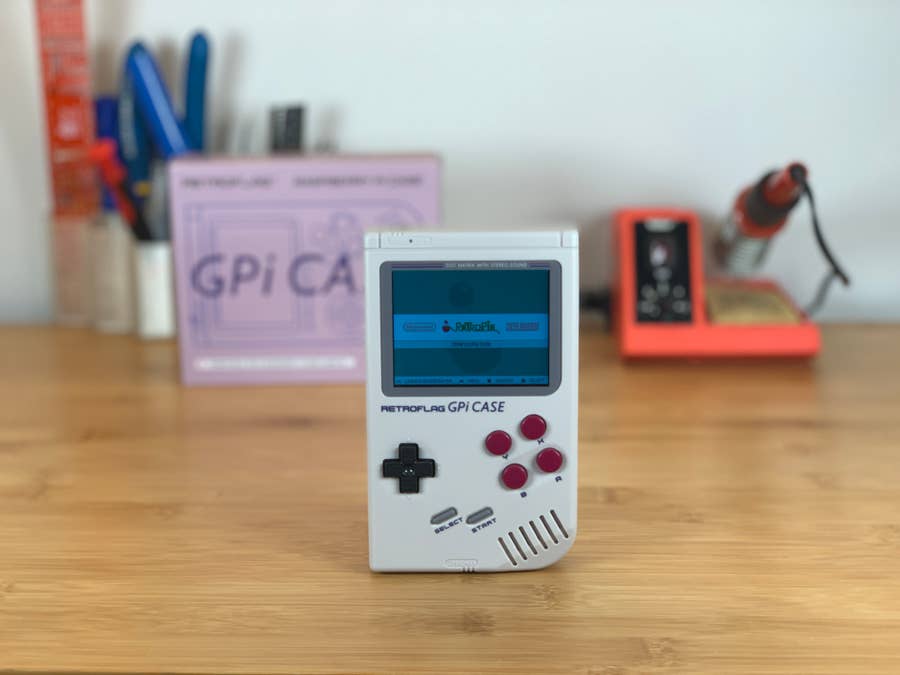 The Retroflag GPi Case looks very similar to the original Game Boy, but it definitely doesn't play like one. The case features a 320px x 240px full-color display and requires a Raspberry Pi Zero.