Perhaps one of the most impressive entries on this list is Demon Slayer: Kimetsu no Yaiba. It's only brought in $2.8 billion but that's after having just debuted in 2016, making the rate of growth one of the fastest we've come across.

The story follows Tanjiro Kamodo, a wannabe demon slayer, motivated to fight after his sister is turned into a demon herself. It was created by Koyoharu Gotouge who has published over 20 volumes as of writing.

I am genuinely surprised to share with you Hamtaro as one of the highest-grossing anime of all time. The series was created by Ritsuko Kawai in 1997 and by 1999 was developed into an anime series.

The story follows Hamtaro, a hamster who goes on wild adventures while his owner is at school. The series is well-received by viewers both inside and outside of its target demographic, lending to the total gross of $3 billion for the franchise.

Astro Boy is the oldest and one of the most iconic entries on this list. He first appeared in 1952 and was seen as recently as 2009 in a modern movie adaptation. Astro Boy, known in Japan as Mighty Atom, was created by manga legend Osamu Tezuka.

Astro Boy is a robotic child created by Dr. Tenma. For those unfamiliar, it sounds like an innocent children's tale. However, there are serious undertones to the story that aren't apparent at first glance. Dr. Tenma created Astro Boy in response to the death of his son, even going as far as adopting Astro Boy as his own son. The superior writing and artwork have rightfully earned Astro Boy great reverence over the years.

This anime franchise started as a competitive top game developed by Takara. Assuming Battle Tops wasn't cool enough, it was released in 1999 under the name Beyblade. While Beyblade definitely sounds like a vicious right of passage from some mysterious land in the far East, it was essentially competitive tops.

The anime was released in 2001 and lasted for 51 episodes. Players got a first-hand look at a new world centered entirely around Beyblades and that fascination helped build a huge franchise—big enough to land a spot on this list at $4.6 billion.

If you remember Tamagotchi, you might remember Digimon. This anime actually began as a small, pocket-sized game in which players care for various digital monsters. To promote the Digimon game, a one-time movie was produced.

Reception was so high, this eventually spun into a full-blown anime series. Digimon was nothing like Pokemon despite the frequent comparisons. Well, they were sort of alike but this wasn't a Pepsi vs Coca-Cola relationship, this was more like RC Cola vs Coca-Cola. Digimon were digital and Pokemon went in your pocket. Seriously, how did parents mix this one up? The Digimon franchise has ultimately grossed over $6 billion since the initial debut.

Bleach is an action fantasy series written and illustrated by Tite Kubo in the early 2000s. By 2004, his original manga took the honorable step from Shounen Jump feature to fully serialized anime. This anime lasted for 366 episodes and inspired a few video games, as well.

The story follows Ichigo, a 15-year-old who just became a Soul Reaper—trust me when I say that's no small deal. He learns to bridle his new strength while meeting new friends along the way. The anime was produced by Studio Pierrot and lasted until 2012. All of the manga, anime, and merch sales have grossed a total of over $7.4 billion for the franchise.

Doraemon first appeared in 1969. It was written and illustrated by Fujiko Fujio, the pen name of creative duo Motoo Abiko and Hiroshi Fujimoto. An attempt to serialize the manga into an anime was first made in 1973 but it was Shin-Ei Animation who oversaw the largest running Doraemon anime which featured over 1700 episodes and lasted until 2005.

Doraemon is a robotic cat with no ears sent from the future to help protagonist Nobita Nobi. Games, merchandise, toys, and more have kept the franchise afloat for decades. Since its inception, the Doraemon franchise has grossed over $7.2 billion.

The Pretty Cure franchise is a magical girl fest created by Izumi Todo. It's filled with cute protagonists, lots of fights, and hundreds of episodes to indulge in. This series was inspired by magical girl shows like Sailor Moon, but it certainly wasn't the first. Pretty Cure first appeared in 2004.

The latest series is known as Tropical-Rouge! Pretty Cure with episodes released as recently as April 2021, hampered only by production delays caused by coronavirus lockdowns. Fans can buy books, toys, apparel, and even video games to satiate their taste for Pretty Cure.

JoJo's Bizarre Adventure was first released in 1987 by creator Hirohiko Araki. It follows eight separate stories, each featuring a protagonist nicknamed JoJo. Multiple attempts have been made to serialize the manga into an anime, but each release is typically limited to a single story from the series.

JoJo is still going strong with new episodes having been produced within the last few years. The recent interest has sparked the release of new merch, helping reach the rank of one of the highest-grossing anime of all time at $9.8 billion.

Masashi Kishimoto is the mastermind behind the Naruto franchise. The series follows the story of Naruto Uzumaki, a ninja-in-training from the leaf village. His ultimate goal is to become the next village leader, known as the Hokage.

This series inspired a few sequel shows and even a selection of video games. When it first debuted, fans could find merch from online stores, malls, and of course conventions. Figurines, costumes, posters, and more can still be found to this day featuring the plucky, orange-clad protagonist. The Naruto franchise has grossed more than $10 billion since its creation.

I thoroughly believe magical girl anime exploded in popularity because of Sailor Moon. Please don't beat me—hear me out! I more than recognize the value classics like Sally the Witch and Cutie Honey have had on anime culture as a whole and will always hold them in dear regard. But Sailor Moon's Toonami slot in the 1990s put magical girl anime in the limelight on a global scale for the first time and its placement on this list is testament to that popularity.

The manga series was created by Naoko Takeuchi in 1991 and by 1992 it was a full-blown anime series. Sailor Moon is still going strong to this day and finding merch isn't hard. From the sale of video games and toys to everything in between, Sailor Moon has grossed over $14 billion.

KochiKame is a comedy franchise created as a manga by Osamu Akimoto in 1976. It centers around Kanchiki Ryotsu, a local, neighborhood cop living in Tokyo. The setting takes place in modern times, which was the 1970s when the series first debuted.

A few short animations were produced here and there as well as a couple of commercial appearances, but it wasn't until 1996 that a serious anime was commissioned and produced by Studio Gallop. The anime received over 380 episodes and ran until 2004. Overall, the franchise has earned $16.3 billion.

This series is one of Gainax's most well-known productions. Directed by Hideaki Anno, this story follows teenager Shinji in a coming-of-age mecha-filled anime extravaganza. He pilots a giant robotic suit known as the Evangelion and learns about himself, relationships, and the truth behind the dystopian future setting he was born into.

This series is very popular, having led to the release of video games, merchandise, figurines, and more over the years. Since it first debuted in 1995, Neon Genesis Evangelion has earned $16.6 billion.

Contrary to popular belief, this show was not created to sell cards but rather was a passion project created by Kazuki Takahashi who loves card games and puzzles. After the show aired, viewers wanted to play the game at home—creating a demand for an actual game to be manufactured. This is why some of the rules and corresponding moves do not match between the actual card game and show.

Yu-Gi-Oh! first appeared in Shounen Jump back in 1996 but it wasn't serialized into an anime until 1998 by Toei. Studio Gallop animated a 2000 series titled Yu-Gi-Oh! Duel Monsters. The combination of anime, merchandise, and duel monsters card game led to a franchise worth over $20 billion.

This series, illustrated and written by Eiichiro Oda, was inspired by monster-of-the-week classics like Dragon Ball. It made its debut in a 1997 edition of Shounen Jump and was serialized into an anime by 1997. One Piece quickly grew in popularity and has continued into the present day with the periodic release of new mangas.

The story follows Monkey D. Luffy, a quirky and lovable protagonist on a quest to become king of the pirates. He has super stretching powers after eating a devil fruit, known to grant various powers to those who consume them. Luffy and his team travel the world encountering tons of characters with notoriously creative designs while Eiichiro Oda encounters even more creative ways to earn money.

Muscles were big in 1980's anime. From Kinnikuman to Dragon Ball, these guys were known for being big and beefy but one of the most impressionable series of the time was Fist of the North Star, created by Buronson. The 1983 manga artwork was created by Tetsuo Hara which inspired the look of the 1986 anime that followed.

The story follows Kenshiro in a post-apocalyptic future. He tries his best to live his life and bring justice to a world wrought with bandits and criminal filth. The franchise is hands down one of the biggest ever, earning $22.5 billion over just the last couple of decades.

First of the North Star stats

This mecha franchise was created in 1979 by Yoshiyuki Tomino. It's one of the most well-known mecha franchises of all time and is known to have inspired many creators in the mecha genre. In this fictional world, humans pilot giant robotic suits known as Gundam.

The franchise expanded to include merchandise, toys, sequel series, and especially figurines designed for building piece-by-piece. If you're into serious, gritty anime with cool giant robot fights, this anime is worth a watch. It's easy to see how it's earned a place on this list.

If you watched Toonami, you probably came across Dragon Ball and the sequel series Dragon Ball Z once or twice. This franchise was huge and still is, with new content still coming out from creator Akira Toriyama. The manga first appeared in the weekly Shounen Jump Magazine back in 1984.

By 2021, the franchise has grown in value to reach a net worth of $27 billion. You can find Dragon Ball manga, anime, video games, figurines, toys, clothing, snacks, even cleaning products bearing the face of our favorite Saiyan Prince Vegeta.

Anpanman is one of the most popular children's superhero characters in all of Japan. He's easily recognized by his head which is made from a red bean paste pastry called an "anpan", hence the name Anapanman. Anpanman is known to fight bad guys led by Baikinman, an evil villain from Baikin Planet.

Between all of the books, games, snacks, clothes, toys, and more, this franchise has steadily grown to a net worth of around $60 billion.

Of course, the biggest anime franchise of all time is Pokemon. You knew it was coming—Pokemon is a notorious marketing behemoth. Pikachu's face alone has been sold on almost anything you can think of!

The franchise began in 1996 with the release of the Pokemon video game for Nintendo's handheld Game Boy console. By 1997, it was serialized into an anime, spawning numerous sequel shows, often featuring the same protagonist—Ash Ketchum. This series is also responsible for the popularity of Pikachu who served as Ash's main buddy in battle. Between the video games, anime, merch, and more, the Pokemon franchise has amassed a whopping net worth of around $99 billion. 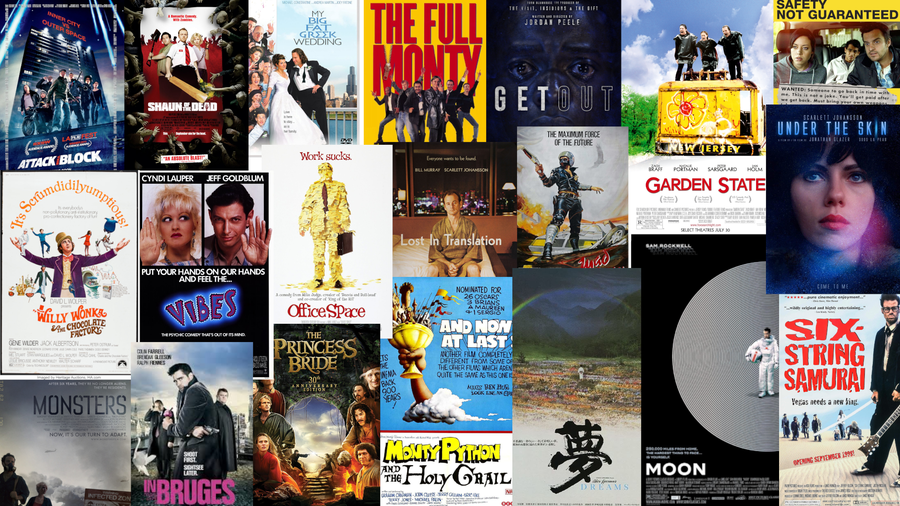 20 low-budget cult films and the things you never knew about them.

Long before I dove headfirst into the world of professional writing and academia, I lived the life of a true cinephile.